Wednesday July 1st: The final and last day of the corona season. A test race over 1.000m. To show what we trained for - to show what we’ve got - to show that there is still talent in those legs. Esther (17) won European and World Champs in 2019 - and when we still hold championships in 2020 in Germany 🇩🇪 - won the 3.000m indoor state titel U18 in Berlin. Read the story and watch the video posted below. 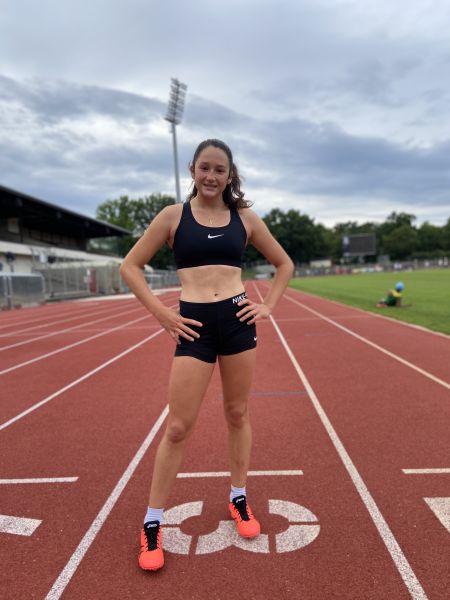 But rather sooner than later the virus stopped all competition work. The schools were closed. No regular training could be done. But we met almost every day for perfect running training. Just two people were allowed to train together. And that is what we did. You can see all these wonderful trainings in our timeline. Great Laser Run session with her sister Vici. Inspiring long runs with Jennifer. “Ich bin euer Motivationswunder!” - Esther shouted! The speed sessions with Leonid, the other member of the JK elite talent team. And of course myself I was always there and guided her through her 5kilometer PR some weeks ago.

At some point we were ready for a new 800 m personal best. But it took us really a lot of weeks to get her out of the bad shape she was in at the end of February. The school program was just too hard and uncoordinated. And once we were ready to go for 2:14 or 2:10 - The schools reopened and also the hard training with the pentathlon team... two weeks and she was a wreck again.

Eventually she recovered from the overload and all the very good training we made from Marc to June started to show up again. So that was the plan: "On your last day before you fly to Barcelona, we will try to run the 1.000 m under three minutes in the evening in the Mommsenstadium".  "OK!" she said and was very excited.

The warm-up session a day before the test 1.000m - is also captured in the video as the first part and you see how easy and relaxed everything went.

But then on Wednesday after she warmed up for the 1.000m and Leonid was already waiting for his pace-making job, she was very nervous. "Is it bad if I can’t make it? I don’t want to try". "Yes you want to try. And I am as nervous as you. But I know you’ll make it".

Giving both of them - Leonid and her - some last advice on how to practically finish the thing successfully, I started the race and our heartbeats climbed into the highest spheres of running life. As a coach and as a runner.